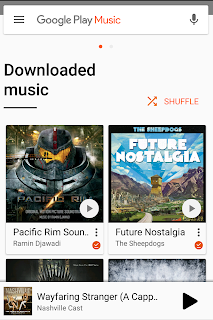 Watching The Grammy's for the first time in years got me thinking about music. So here is what's been playing at my place recently, and a little bit of what's been on my mind.

I've always loved music. But I've noticed that I haven't really seeking out new music, but rather listening to the same albums I have over and over again. My first step to try and get back into music was to scour sales and even free music on Google Play (great resource here), but then I realized I was making choices based on accessibility, not based on what I enjoyed. Often I liked what was available or on sale, but it limited my thinking. Which made me wonder, what do I want to listen to?

Starting with what you want is always a good place to start, no matter what you are working on. So I really thought about it, and I realized I wanted to add new music to my library on a regular basis. To go one step further, I wanted to have both a regular album plus an instrumental album for when I prefer to listen to music without words.

Notice how those choices were about format? How odd that it wasn't about a kind of music. It might not have been a perfect place to start, or even answer to my question, but it did get the ball rolling.

I have started picking up albums, and most recently I got The Sheepdogs - Future Nostaglia for my regular album and the Pacific Rim soundtrack for my instrumental pick. The main them of Pacific Rim just makes me so happy, I loved that movie in all it's over the top-ness, that ever time I hear the music it makes me smile. I have lots of new faves on from The Sheepdogs on the Future Nostalgia album including: Back Down, I Really Wanna Be Your Man, Plastic Man and The Bridge City Turnaround. BUT, since there are no videos for them... here I will share the album trailer:

I also picked up Ingrid Michaelson - It Doesn’t Have to Makes Sense which is amazing and I don't even really know how to describe it other than emotionally compelling and open. I also have devoured two albums by the Norwegian music group Wardruna, whose planned trilogy of albums has the goal to "musically interpret the runes of the elder futhark." How extraordinary is that? The music is very cool, extremely earthy and magical. I've enjoyed the two albums they've released so far: Gap Var Ginnunga and Runaljod Ragnarok. Here is the video for Wardruna's song Raido.

What have you been listening to lately? 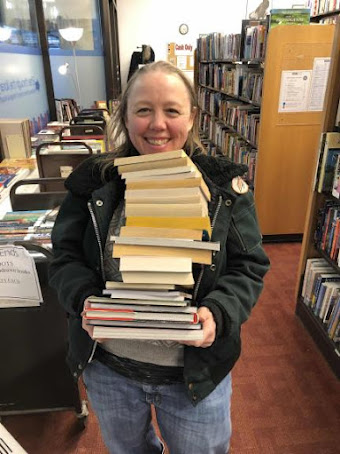