Jumping in Mid-Season *Can* Work! Or, Why I Love The Neighbors 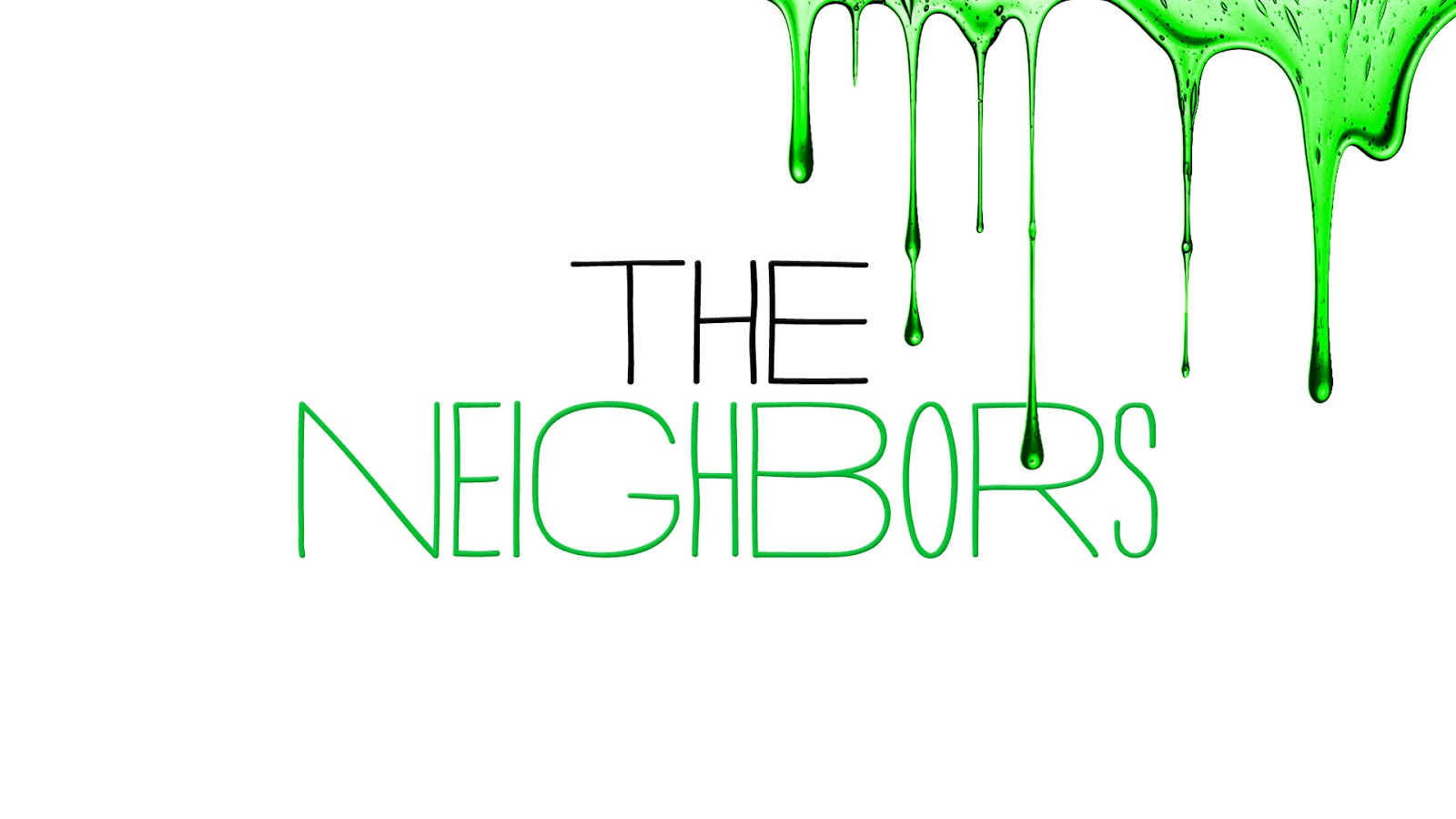 I can be very peculiar on my TV watching habits (see my Hannibal dilemma here), and one of my peculiarities is only and always watching things from THE BEGINNING.  Jumping in mid-season feels ridiculous, I feel like I've missed so much and that I won't "get it" and oddly spoiled on things if I decide to go back and watch from the beginning.

But with this in mind, that means if I miss even one episode of a show, I'll have to wait until it re-airs and then start from there.  That's a fair amount of work, and I've done it and at times it's worth it and at other times not.  But the other thing is, to watch something from THE BEGINNING, you have to know it's coming.  I keep a pretty strong eye of the upcoming schedules, but I did not know The Neighbors was coming.

I'm an avid listener of the Tuning into SciFi TV Podcast, and I noticed week after week Brent mentioning enjoying The Neighbors and encouraging people to watch it.  I often agree with Brent, so hearing it over and over kept me thinking I should give this show a chance.  I was also wondering, what is show The Neighbors?  I finally looked it up and only recognized Jami Gertz from the cast list (and she'll always be Star from The Lost Boys to me), and saw that it was a half-hour science fiction comedy.  So, we have two red flags with 'half-hour' and 'comedy' which are formats I rarely watch.  Science fiction however, always goes yes list.   Putting that all together, I decided to give it a chance even though it breaks my start from THE BEGINNING rule. 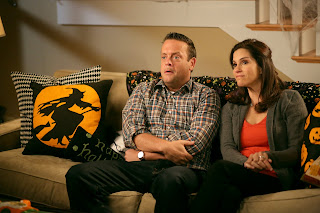 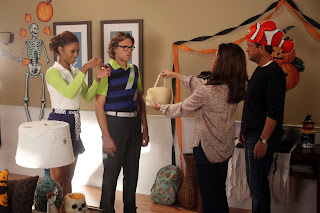 The first episode of The Neighbors I watched was the Halloween-themed episode last fall. Likely the worst one to start with, as not knowing characters and then people being in costume and acting out of character can make for more confusion. I also completely misunderstood the premise of the show, who and how many of the characters are aliens, but still enjoyed it.  It did drop off my viewing schedule for a bit and then I started watching it regularly in the new year.  I finally figured out the premise (a regular family moves to a gated community where everyone else living there are aliens) and enjoyed it every week up to and including the recent season finale.

After getting into the swing of the show, I realized The Neighbors is just the kind of comedy I like. It's based on cultural misinterpretation and social awkwardness, but there is zero malicious intent.  Everyone is doing their best to get through the days, and the human family is pretty traditional day-to-day connecting and relationship building and then the aliens are always wanting to dive into new experiences, but rarely know how.  That leads to a lot fun stuff, and even serves as a way to discuss the weirdness of how social behavior works (or doesn't) without getting to heavy.

In the end, did it matter that I missed the first portion of the season?  Not so much.  In fact, misunderstanding a lot of it ended up being no big deal and actually quite funny.  And now I'm really looking forward to catching all the episodes I missed, which for me is pretty high praise. bet!

Now I just hope that The Neighbors will be renewed for a second season!

The Neighbors aired on CTV and ABC. 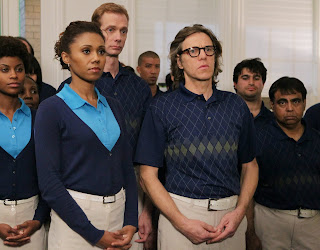 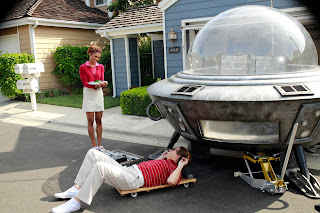 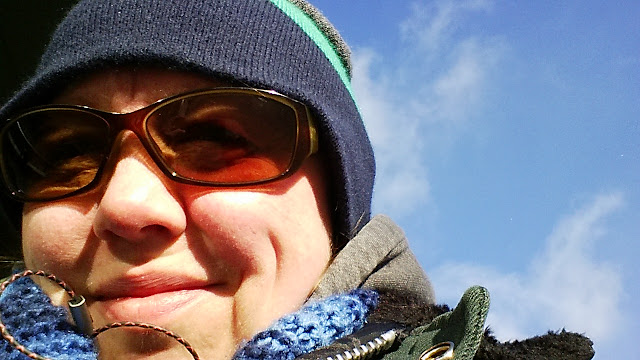